I honestly can no longer remember the last movie I have seen. I can recall though that my elder daughter”s first movie was Narnia, way back when she was just almost 4yo if I am not mistaken. Glad that she liked the movie. After 5 years, she”s

now more interested with movies. She has requested few times to watch a movie with me. There were blockbuster movies we have failed to watch. I remember to have told her that sometime before she came, I worked at SM North EDSA cinema as an usherette. My contract even started Christmas day itself though my first day of duty was the 26th. I recall that I was in total amazement on how people lined up outside the cinema at the ticket booths to be able to see the MMFF movies in its opening day. It was a great experience to have rendered duty (when you are a newbie) at the peek of MMFF where there were several box office hits. I saw parents and kids ran inside the cinema just to get the best seat there is for them. Muro Ami was a blockbuster at that time.

I could also remember that MMFF normally select movies to be included in the festival through a thorough review and MMFF people picks one movie in each category (action, horror, drama, comedy & fantasy/adventure). Shake, rattle & Roll movies were a sure blockbuster back when I was still a kid. Changes became inevitable as the movie industry progress. MMFF 2011 features 2 horror movies, 3 comedy and 2 fantasy movies. Another observation is that, Eugene Domingo is in a supporting role to entries and lead role in one of the 3 episodes of Shake, Rattle & Roll. I guess, awesome Eugene Domingo herself is already a blockbuster. So, what movies are in store for us this MMFF?

MMFF is the grandest movie festival here in the Philippines and almost every Filipino is in excitement waiting for the official list of movie entries to be announced. This year”s list is extravagant I must say. Having big names like Vic Sotto and AiAi, Judy Ann Santos, Kris Aquino, Bong Revilla, Marian Rivera, Maricel Soriano and Gabby Concepcion; one of the best MM movie festival for me. I have already asked my elder daughter which movie she would like to see in case I decide for us to have a movie date and she gladly responded with her top 3 movies. I am no longer sur[rised that she didn”t mention SRR 13, she”s a coward with horror movies. 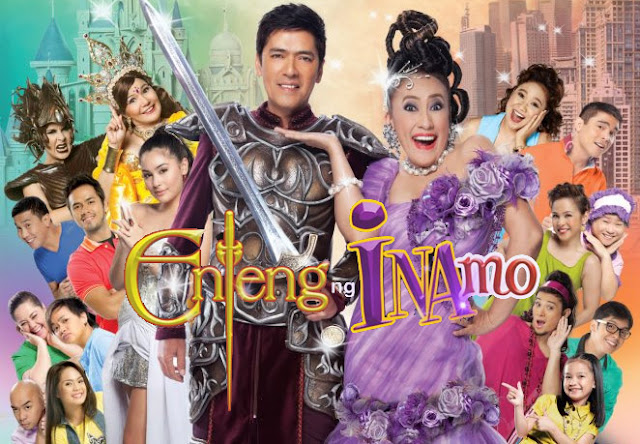 the trailer of the first movie my elder daughter K wants to see… Enteng Ng Ina Mo. I still don”t know if we will be able to pursue with our movie date and as to when. So, which movie do you think will hit as the top grosser or blockbuster ? Which movie will win most of the awards? Who will win as Best Actress and Best Actor? Let us all find out on the 28th.